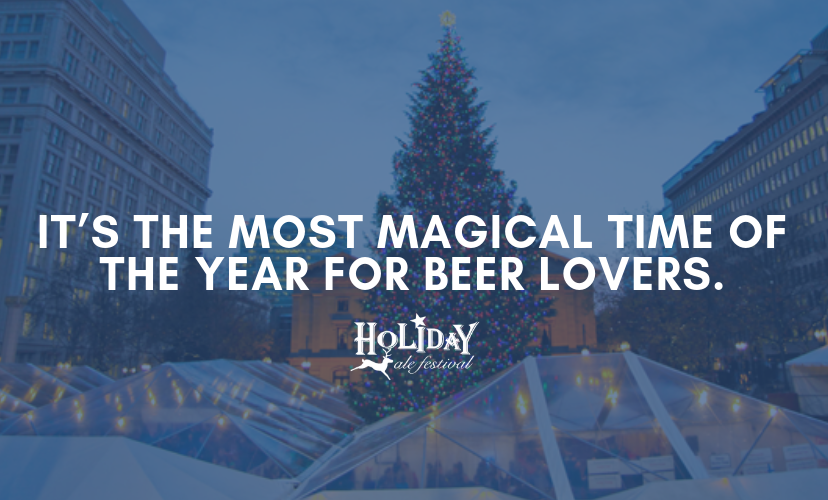 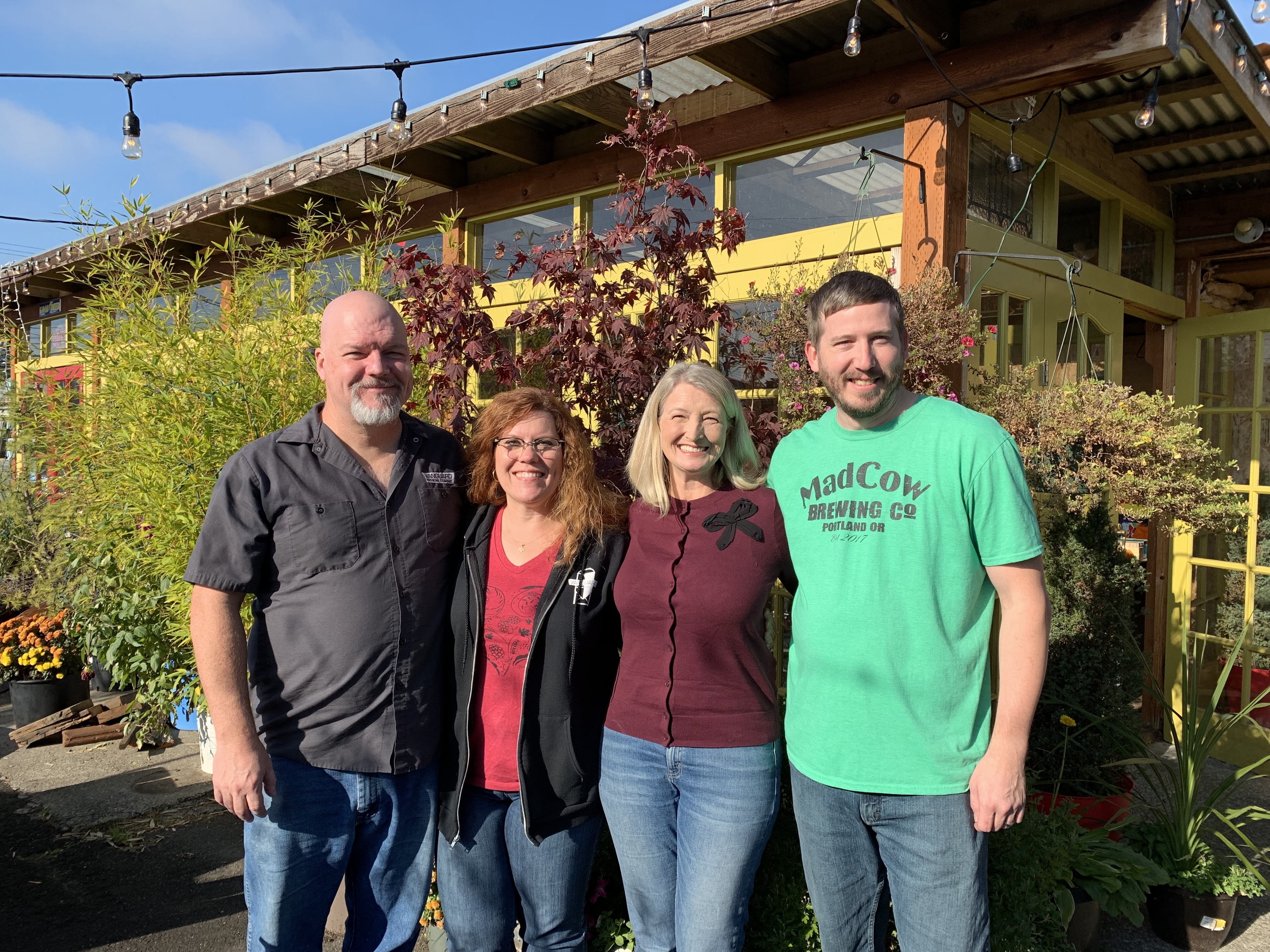 Telling the Stories of the Portland Beer and Cider Scene and Beyond!

In this episode of the Portland Beer Podcast our Host Steven Shomler visits with Chris Crabb previewing the 2018 Holiday Ale Festival. Joining Steven and Chris are Lin Anderson with Vanguard Brewing and Jason Blair with MadCow Brewing.

The 2018 Holiday Ale Festival is happening at Pioneer Courthouse Square and it begins Wednesday November 28th November and runs through Sunday December 2nd.

Event hours are 11 AM to 9 PM Wednesday through Saturday, and 11 AM to 5 PM Sunday. The Holiday Ale Festival is for ages 21 and over.

Tickets – here is a link to get your advance tickets for the 2018 Holiday Ale Festival – www.holidayale.com/advance-tickets.php

The Pour List for the 2018 Holiday Ale Fest – www.holidayale.com/the-beers-standard-release.php 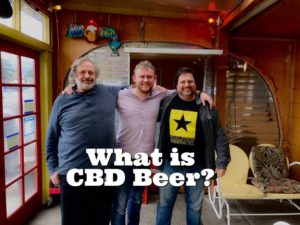 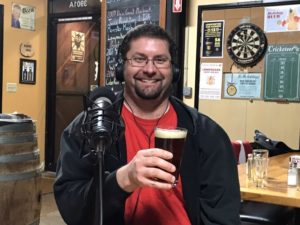 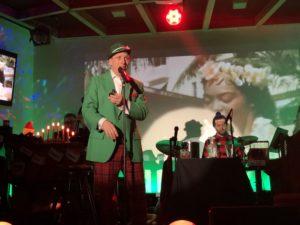 Other Podcasts Mentioned During this Episode 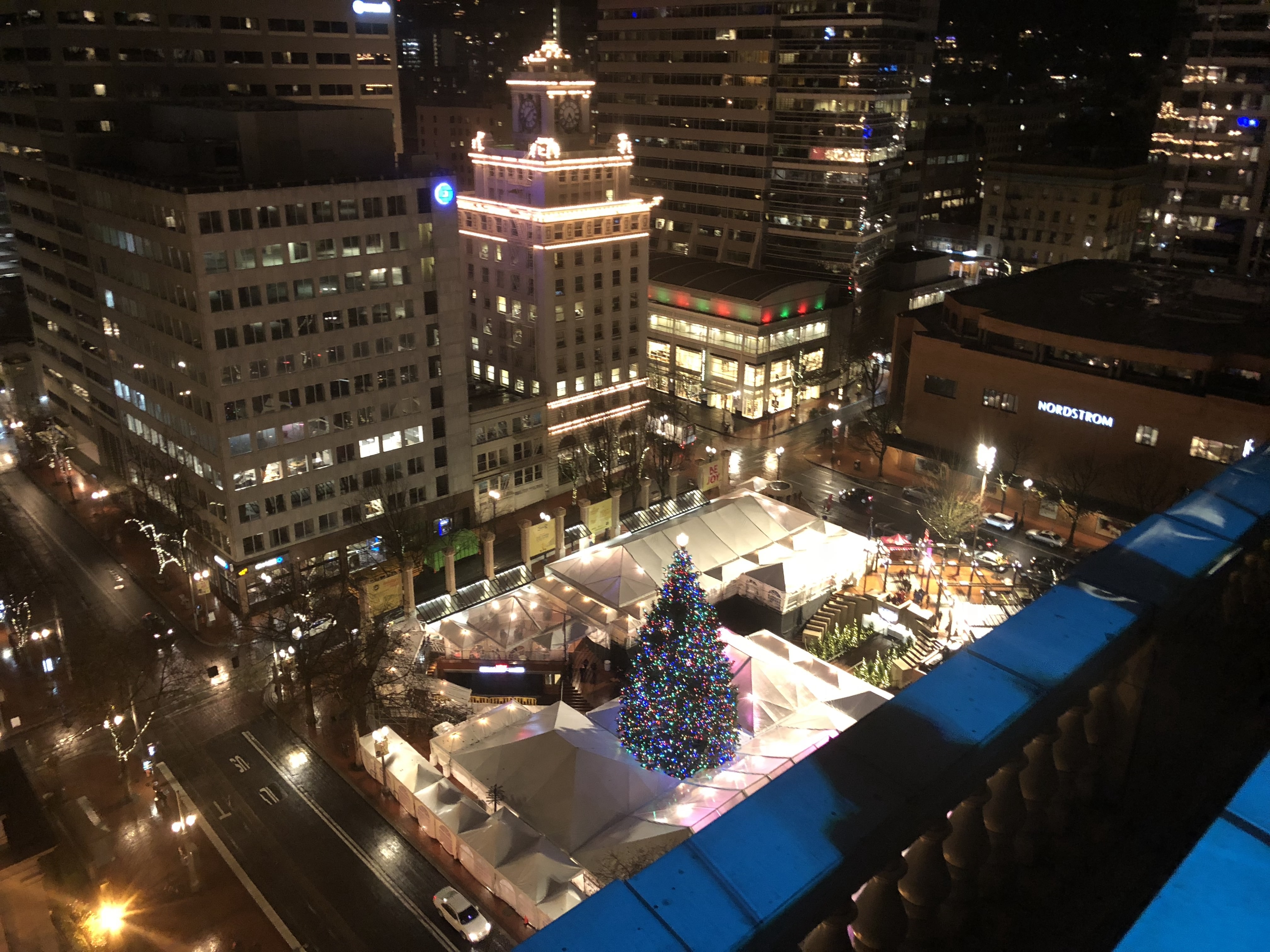 2018 HAF Beers and Ciders Discussed During This Episode

Vanguard Brewing
Cranberry Cringle
Imperial Stout w/ Fruit • ABV: 9.0%
A sweet, roasty and creamy oatmeal imperial stout with fruit and spice. Made with 100 lbs. of local clover honey, this beer is a large-scale adaptation of the owner/brewer’s original homebrew recipe, which has been brewed and refined for well over 10 years. This oatmeal imperial stout has been enhanced with cranberry and cinnamon as a limited release for the 2018 Holiday Ale Festival.

MadCow Brewing
Hansel and Gretel’s Revenge
Holiday-Spiced Imperial Stout • ABV: 9.5%
Like Hansel and Gretel in the woods, this whimsical winter stout wanders across your palate with cheerful bursts of ginger, warm cinnamon, cloying clove, and spicy nutmeg. It finishes with sticky molasses and rich lactose that welcomes you in out of the cold. Just when you think you are safe, a slightly burnt tone offsets the sweetness, for the ultimate Hansel and Gretel’s revenge! Suggested Pairings: Ugly Christmas sweaters, Holiday

2 Towns Ciderhouse
Kentucky Barrel Nice & Naughty
Imperial Cider • ABV: 14.0%
This specialty cider is fermented with dark Meadowfoam honey and aged in bourbon barrels with whole nutmeg, clove and cinnamon sticks for 12 months. Crammed full of cheerful winter spices that mingle with the wood and sweet bourbon aromas, this cider is sure to warm up your cold winter nights

Bauman’s Cider
Perry Christmas
Perry • ABV: 6.8%
This perry is nostalgic and lightly sweet, featuring delicious farm-fermented pears with a touch of vanilla and some fresh squeezed lemons. Forget the milk, Santa wants a glass of this stuff! Perry Christmas to all, and to all a fun night! #WheresTheMistletoe

Coalition Brewing
Newly Fashioned
Bourbon Barrel-Aged Double IPA w/ CBD & Terpenes • ABV: 8.5%
In collaboration with the Holiday Ale Festival, Coalition is proud to present Newly Fashioned. A take on the classic Old Fashioned cocktail, this double IPA has heavy notes of orange and citrus hop from Centennial, Citra, and Crystal hops. Terpenes mimicking the hemp strain Tangie bring further notes of orange to this beer, which was aged for three months in bourbon barrels from Rose City Distilling. To top it all off, the final product was infused with 5mg of CBD per glass.

Drake’s Brewing
Vin-Drakonic
Wild Imperial Stout Fermented w/ Grenache Grapes • ABV: 11.0%The brewers at Drake’s have taken their high gravity imperial stout, fermented it on Grenache grape skins, and aged it in Zinfandel barrels for eight months, which turned this malty monster into a completely new creature. The final blend has a pronounced raspberry/grape fruitiness with a pleasant dark chocolate and tobacco-like malt profile. The beer also gained a pleasant tartness from wild fermentation; the final product walks the line somewhere between a glass of wine, an imperial stout, and a Flemish red.

Fremont Brewing
Mexican Hot Chocolate
Imperial Oatmeal Stout w/ Coffee • ABV: 8.0%
This is a dark, mysterious yet silky oatmeal stout of grand proportions, spiced and blended by hand with cocoa nibs, vanilla, cinnamon and chili, with locally roasted coffee for an added kick. Roasty, rich and flavorful, this imperial stout pours dark and deep, drawing you in on a beer journey.

Gigantic Brewing
Santa Quad is Coming to Town
Bourbon Barrel-Aged Grand Cru • ABV: 10.0%
Starting life as a Belgian Quad, Santa Quad was aged in Heaven Hill bourbon barrels for up to three years. The brewers selected barrels of varied ages and blended them into this limited release Grand Cru for the Holiday Ale Festival. The final beer is dessert in a glass, offering flavors of bourbon and rum soaked cake with figs and raspberries, all topped with caramel syrup.

Old Town Brewing
Weird Uncle
Breakfast Stout • ABV: 7.5%
This beer was brewed for the breakfast lovers of Portland. Coffee, toasted coconut, and a touch of maple syrup went into brewing this breakfast stout. Like toasted coconut pancakes dabbed with maple syrup and a cup of coffee, this beer keeps you wanting another taste.

pFriem Brewing
Raspberry Brut IPA
Brut IPA w/ Raspberries • ABV: 5.9%
A whipped meringue rests weightlessly atop a glass of blush. Gentle explosions of powdered sugar-covered raspberries, peaches, pear, guava and melon bombard the olfactory before a cavalry of fruit canters across the palate. First, the forward guard of papaya and white wine grapes, next the mid-lieutenants watermelon and berry, and finally the rear admirals Vinho Verde and pineapple. Before we know it, they’ve gone; and left only the dry, round, effervescent memory of their fruity refinement.

Reverend Nat’s Hard Cider
Cherry Abbey Spice
Spiced Cider • ABV: 7.5%
This winter cider is fermented with dark muscovado, hundreds of pounds of raisins, and just the right amount of cinnamon and nutmeg to be a perfect sipper for the dark months. For this special Holiday Ale Festival batch, Reverend Nat’s added Montmorency and Morello cherry juice and per usual, is serving this cider warm via a heated jockey box.

StormBreaker Brewing
Hawaiian Christmas
Imperial Red Ale Aged on Toasted Coconuts • ABV: 8.0%
Most of us can’t make it to Hawaii this winter, so StormBreaker Brewing is bringing it to you, here and now in liquid form. This imperial red was designed as an early gift for the holiday season that combines warmth and island living with the addition of a plethora of toasted coconuts. And if you’ve never been to Hawaii in the winter, trust these guys, this is exactly what it tastes like.

Three Mugs Brewing
Mrs. Claus’ Nutty Desire
White Chocolate Macadamia Nut Blonde Ale • ABV: 6.5%
Mug of white chocolate ale in hand and the burning desire to be back in Hawaii with her toes in something other than snow. Mrs. Claus had been saving them for something special, but the moment she popped one in her mouth, with the taste of that tropical nut and delicious ale melded together in a flurry of sweet, creamy and savory…it was over. She was last seen running south yelling MACADAMIA NUTS!

Widmer Brothers Brewing
No Additional Ticket Required
Wheat Wine • ABV: 8.0%
Widmer Brothers Brewing presents No Additional Ticket Required – an American style wheat wine ale that is light in color, but packs an enjoyable punch of hop bitterness through a healthy addition of Amarillo and Centennial hops. Made with 50% wheat malt, this wheat wine is more on the “sessionable” side at 8% ABV. In the words of Widmer Brothers innovation brewer, Parker, “It’s a solid drinking, hoppy, big beer” and we wouldn’t have it 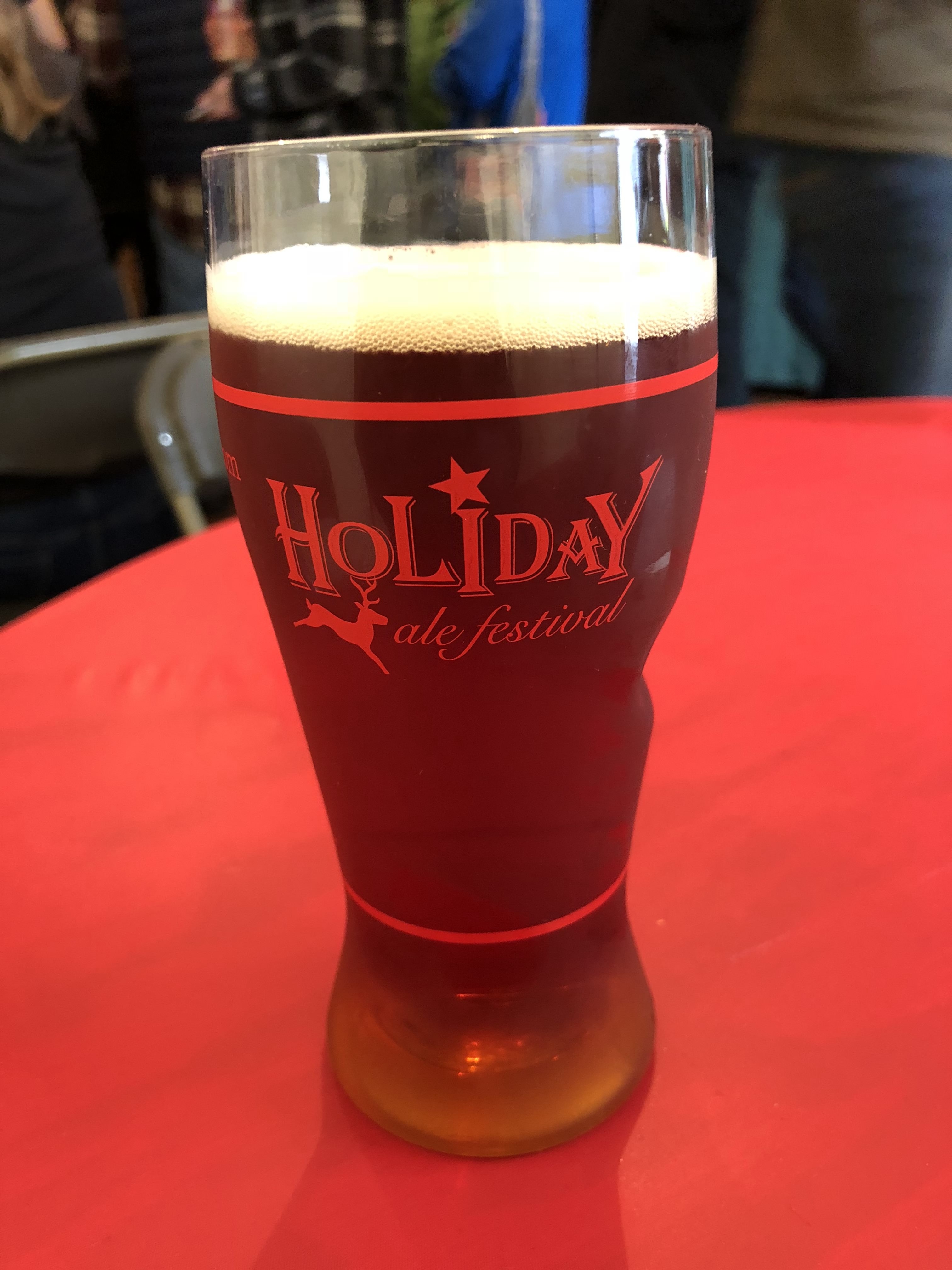 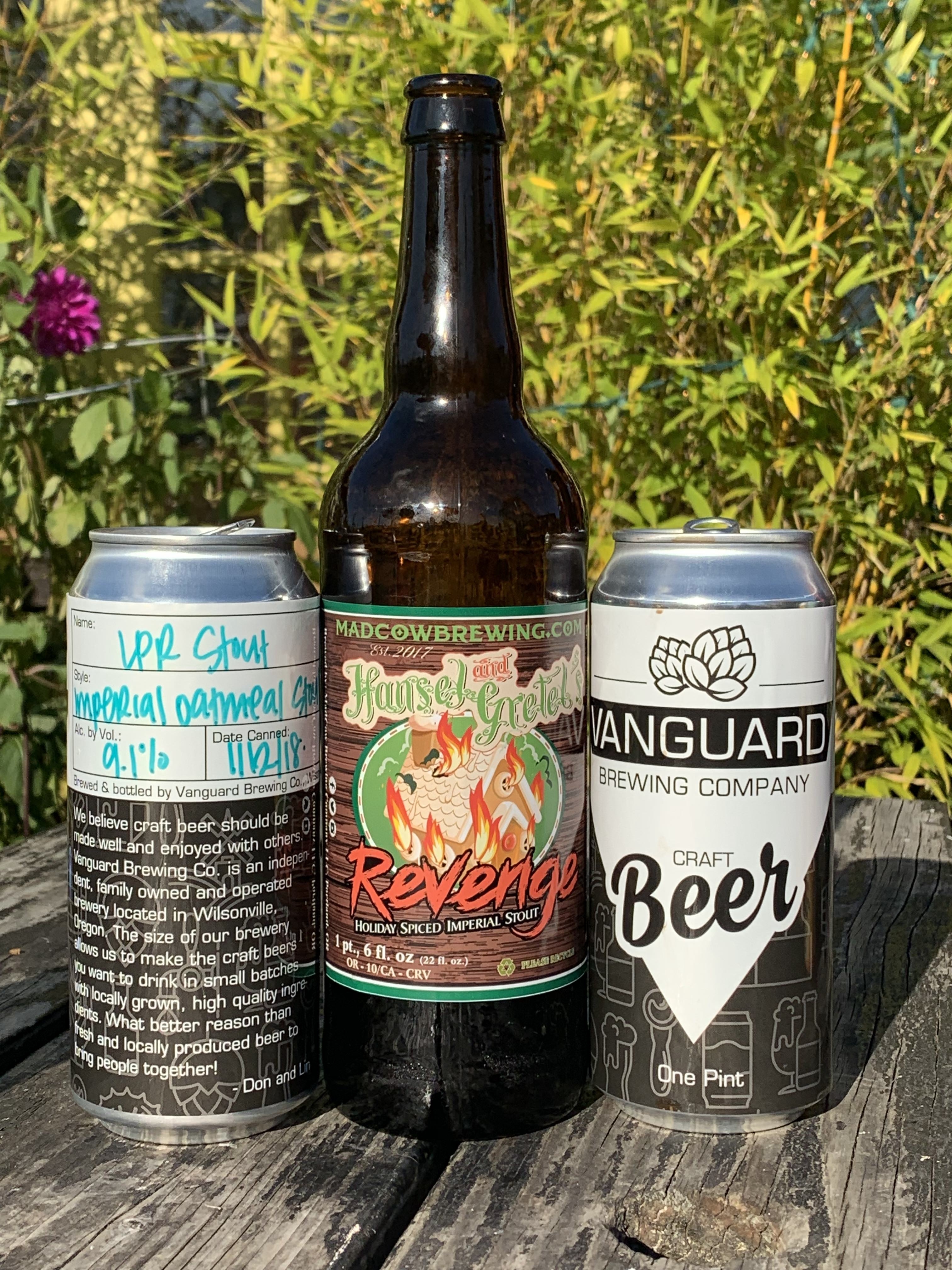 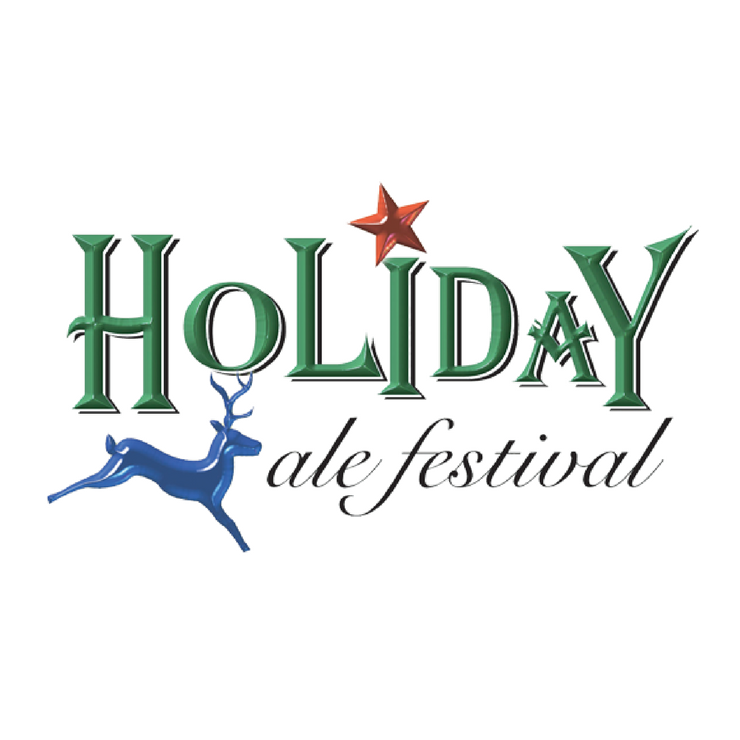 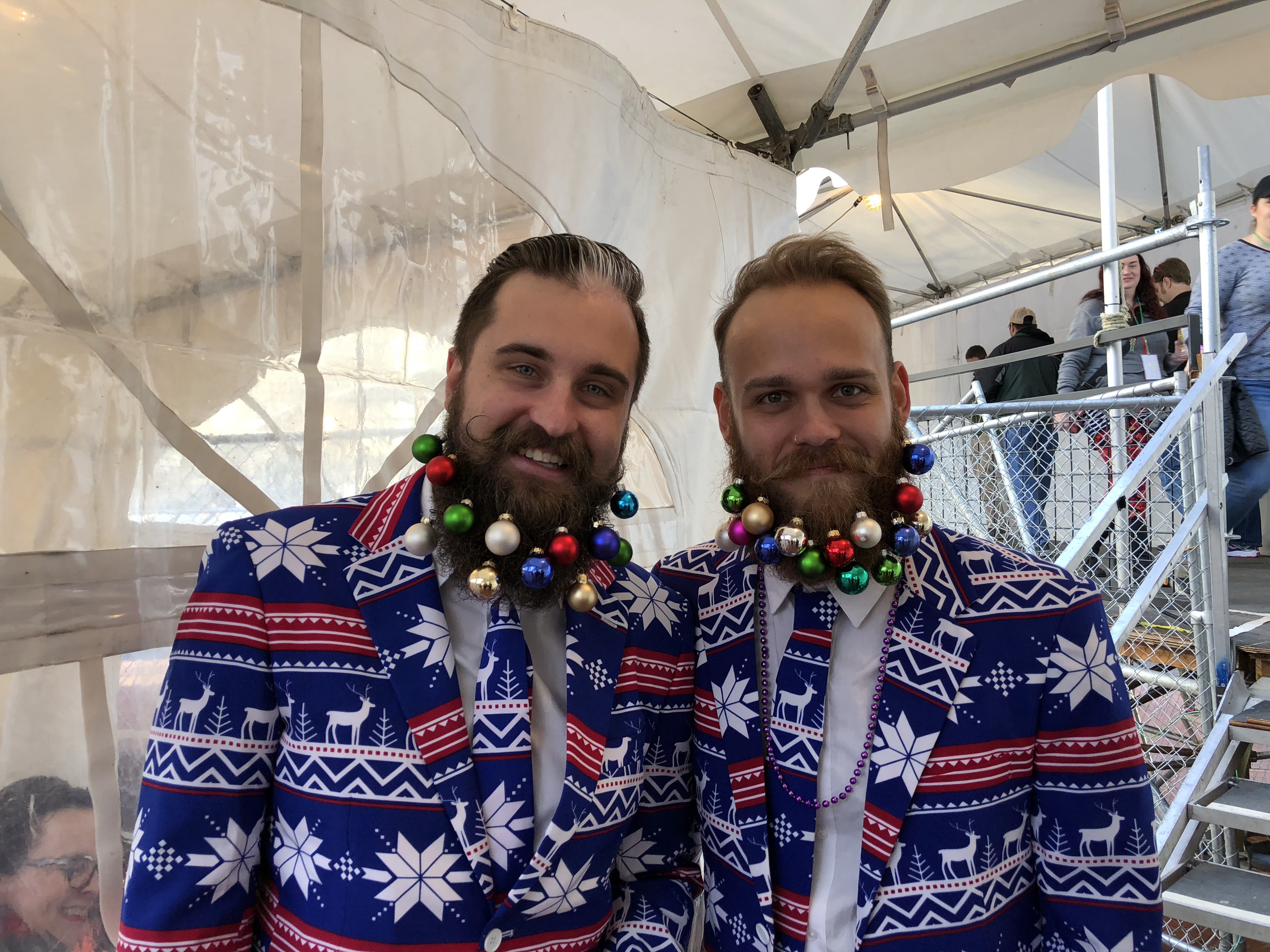 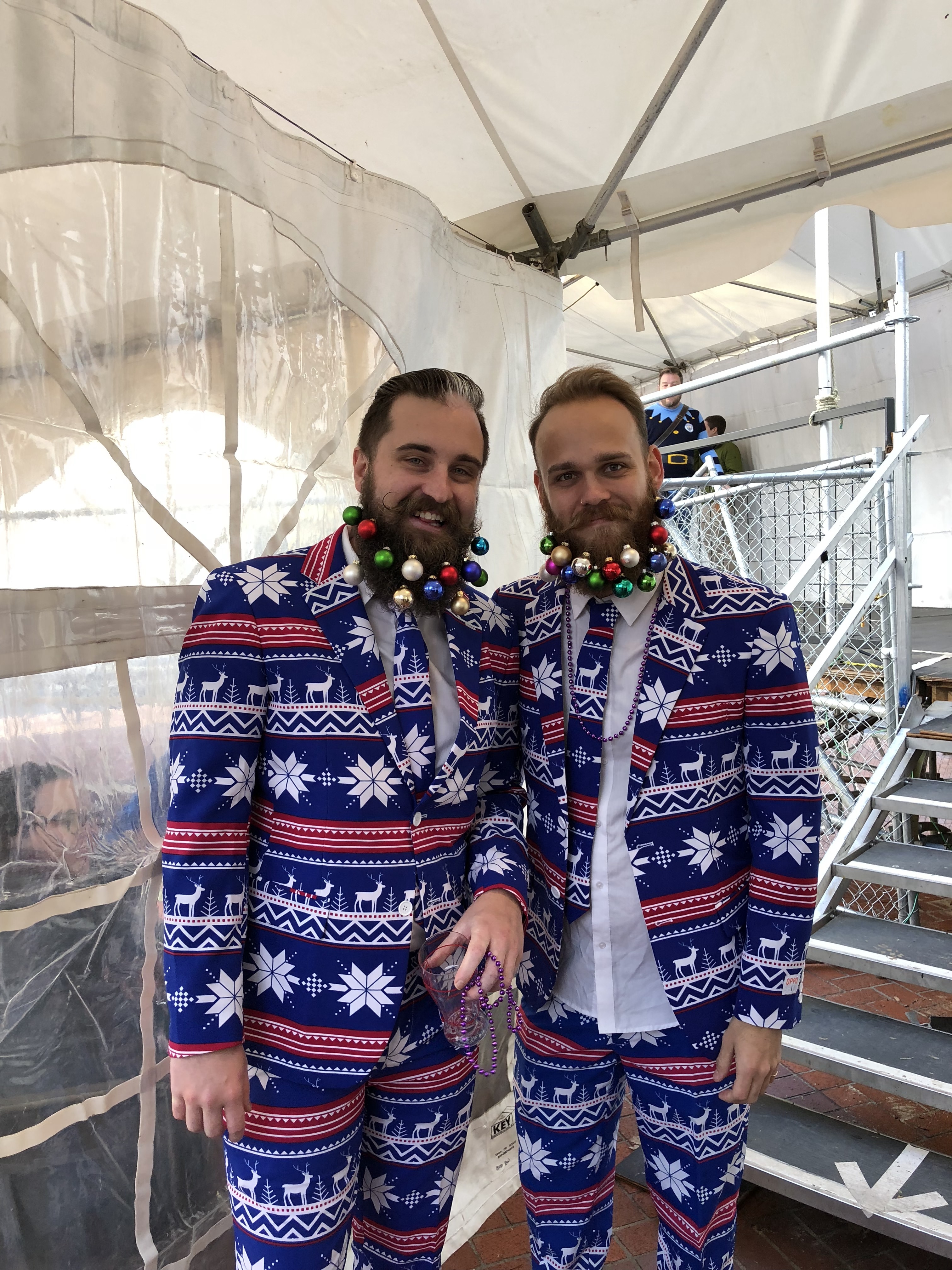 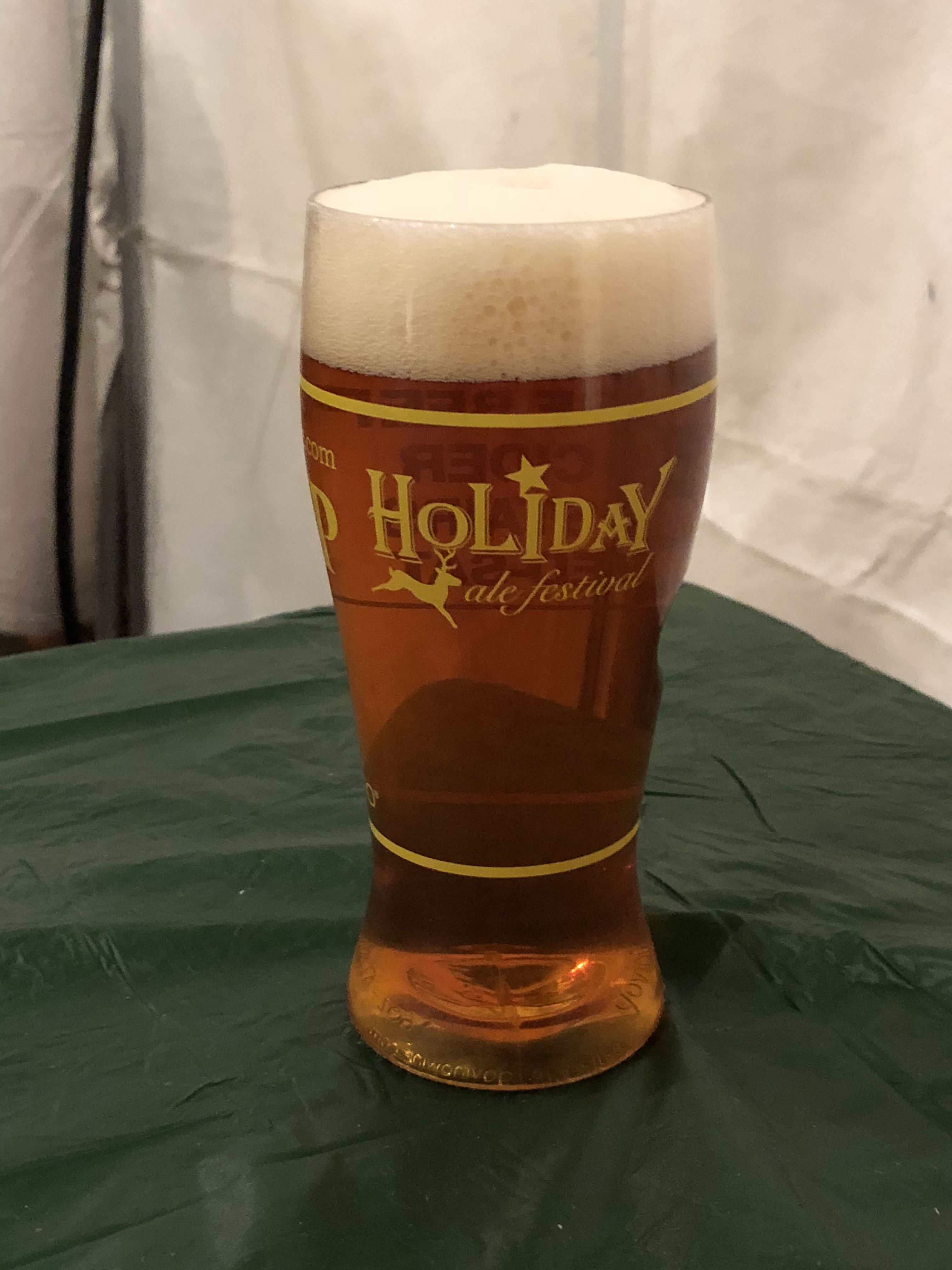 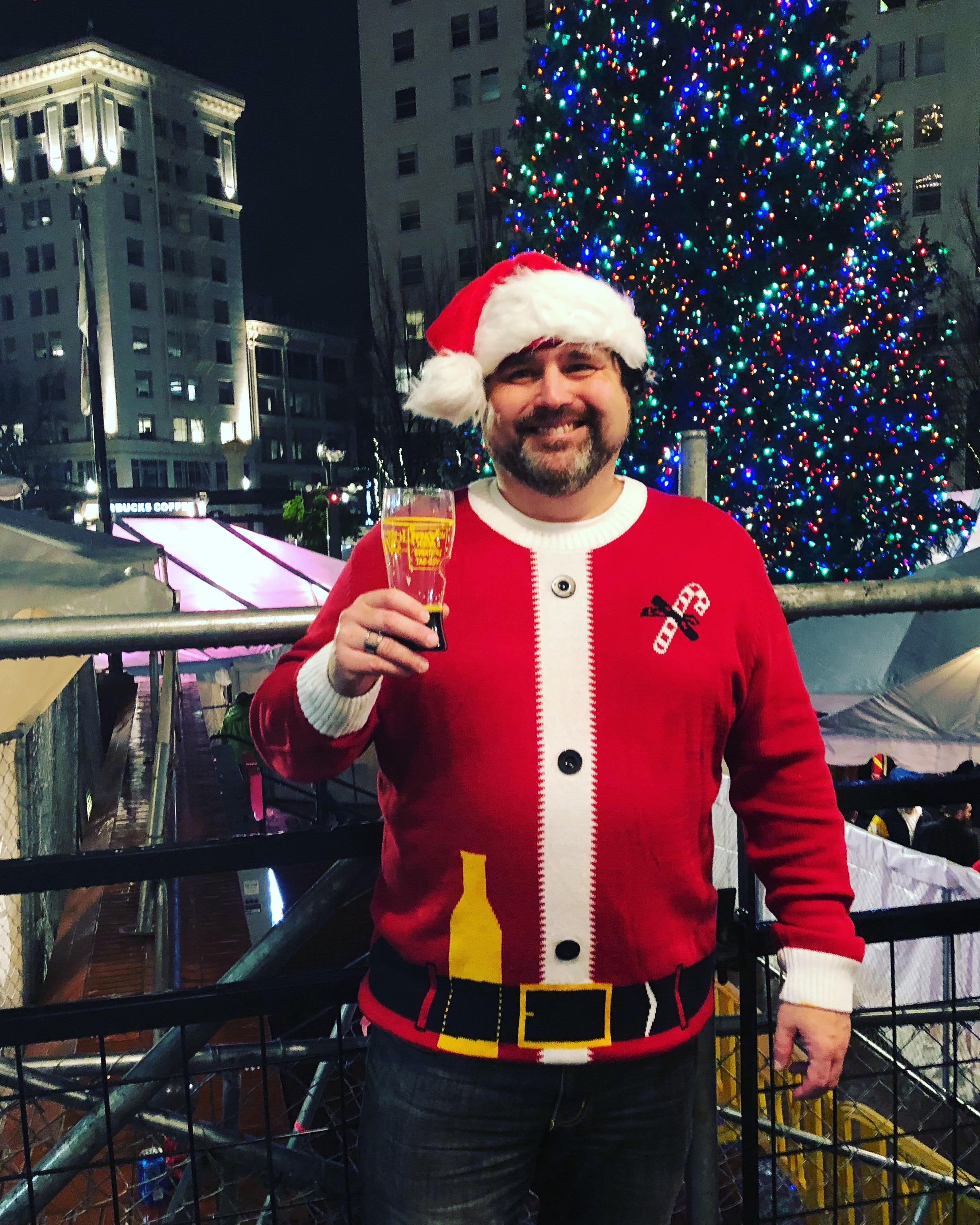 The Portland Beer Podcast is brought to you by Portland Culinary Radio and this episode was recorded at the Pod Bar at Carts on Foster.